THE OFFICIAL LANGUAGES OF THE EUROPEAN UNION. PRESENT STATUS AND OUTLOOK AFTER BREXIT

After the British withdrawal last January, the European Union comprises 27 Member States. The languages ​​of its different countries are the tools for the daily development of the European project, achieved through active participation. The 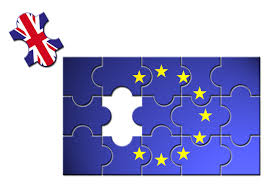 European citizens have the unquestionable right to interact with public bodies and to access the laws and other information from the European Union in their mother tongues.

On the 1st July 2013, after the incorporation of Croatia, the total number of official languages ​​of the European Union increased to twenty-four: German, Bulgarian, Czech, Croatian, Danish, Slovak, Slovenian, Spanish, Estonian, Finnish, French, Greek, Hungarian, English, Irish, Italian, Latvian, Lithuanian, Maltese, Dutch, Polish, Portuguese, Romanian and Swedish. This new admission came to reinforce one of the most valuable treasures ​​that the immense cultural heritage of the old continent brings to the European institutions: the rich diversity of its many national languages. Besides the official languages ​​already mentioned, in some Member States such as Italy or Spain, there are co-official languages, even if they are not recognized as official in the European Union.

All these languages have the category of official languages, but only three of them have been designated throughout the history of the European Union as working languages —English, German and French— and they are used as vehicular languages ​​in meetings and conferences throughout the European Union. English was an official language in three of the Member States, but only the United Kingdom designated it as its EU official language as it joined the Union in 1973, while Malta and Ireland chose Maltese and Irish respectively. When the European Economic Community was created, the vehicular language was French, since the capital was set in Brussels and its neighbouring countries were French-speaking. With the entry in 1993 of Sweden, Finland and Austria, whose second language was mainly English and not French, this language began to prevail. It gained momentum in 2004 with the entry of ten countries from Eastern Europe where French was not used nor taught as a second language.

Legislation from the European Parliament is applied throughout the whole territory and it must be available in each of the official languages ​​of the European Union. Of course, in order to be able to function with such a large multilingual legal corpus, the Parliament relies on its high-quality, highly specialized legal translation services. This is why the European Union employs around 4,300 translators and 800 interpreters. Although it seems an significant work force, the estimated cost of all language translation and interpreting services in all EU institutions amounts to less than 1% of the general annual budget. 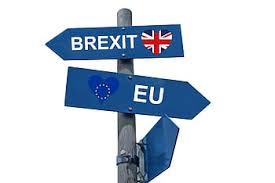 The European Commission has two language departments: the General Directorate for Interpretation and the General Directorate for Translation. The first one offers institutions interpretation services for meetings and conferences, and it also lends assistance to delegations working outside the EU. The General Directorate for Translation translates for the European Commission to and from the 24 official languages and some others. Agencies have been set up to carry out specific technical, scientific or managerial tasks in many EU countries, and that is why the translation of certain languages ​​may become particularly relevant in certain specific fields. Some EU entities in Spain are the EU Intellectual Property Office (EUIPO), in Alicante; the Agency for Safety and Health at Work (OSHA), in Bilbao or the European Fisheries Control Agency (EFCA), in Vigo. Additionally, institutions such as the European Central Bank or the Court of Justice of the European Union rely on both experienced in-house translators and professional freelance translators. In the case of the CJEU, the number of languages ​​used varies from one hearing to another, depending on the needs of the intervening parties, judges and Member States. Nevertheless, French is the traditional language the Court uses to deliberate and draft its resolutions.

The possibility that English might no longer be a vehicular language of the EU generated very different opinions among European Parliamentarians and heads of the different institutions. Danuta Hübner, President of the European Parliament’s Committee on Constitutional Affairs, created some discord in 2017 with her words: “If we do not have the United Kingdom, we will not have English”. Also in 2017, Jean-Claude Juncker, President of the European Commission until 2019, showed his divergence from some members of the European Parliament by claiming that English would remain an official language and that it was unlikely that Ireland and Malta would support a change in that sense.

The debate about what will happen to English within the European Union is still open. Experts agree that English will lose significance within the institution. French and German are the other two working languages ​​of the EU and in the countries where they are spoken it is understandably expected that one of them will take over. In the case of Germany, little effort is being made to extend the use of German, probably because it is not feasible in practice, even though German represents the highest percentage of speakers in the European Union (18%). On the other hand, francophone countries have always aspired to make their language more prominent in the European Union, with French politicians like Jacques Chirac going so far as to leaving a meeting in which the use of English was imposed over French. For its part, the Instituto Cervantes, the Spanish public institution that promotes the teaching of Spanish, observes that it could be a good time to enhance the institutional representation of other languages ​​such as Spanish or Portuguese, although this does not seem possible in the short term.

It is still too early to determine what future will bring to the English language in the long run. Experts on the subject such as Jane Setter, professor of phonetics at the University of Reading believe that the impact will not be significant in the short term, but, depending on the political and socio-economic effect this situation may have, the use of English could decline after a time. For the time being, the departure of the United Kingdom will not entail the immediate disappearance of English as a vehicular language of the UE, since all the Member States would have to agree unanimously to this decision and a positive vote from Malta and Ireland is highly unlikely.